“Old men are always advising young men to save money. That is bad advice. Don’t save every nickel. Invest in yourself. I never saved a dollar until I was forty years old.”
–Henry Ford

When I was in my early twenties, I was pretty carefree and footloose. Actually, I was simply fooling myself into thinking I was being responsible. I would save $1,000 a month, invest $300 in my IRA, withdraw $800 from the savings account, and put $500 a month on the credit card. Since I couldn’t withdraw the $300 from the IRA to pay the credit card, I started to accumulate debt, and it was rising at a double digit interest rate, whereas my savings account was earning 3-4% annually.

Monkey Brain didn’t care. He kept whispering into my ear.

“ONLY YOUNG ONCE. WILL NEVER LIVE IN GERMANY AGAIN. CARPE…WHATEVER FOREIGN LANGUAGE PHRASE IS.”

For those of you who don’t know who Monkey Brain is, he’s what I call the limbic system. I go into more detail about Monkey Brain and his shenanigans here.

At age 27, I decided to double down on the risk and go to graduate school. Thus, at age 30, I graduated with relatively paltry savings and a load of student loans.

I did, though, significantly increase my salary, which, as we saw in my guest post on Don’t Quit Your Day Job, is the primary reason to quit work to get an advanced degree.

Many people don’t choose that route, though. Grad school is expensive. It’s hard. It takes time. There’s not a massive amount of demand for advanced degrees in the marketplace. There is risk involved.

However, Monkey Brains never stop chattering, particularly into the ears of 22 year olds. Monkey Brain would read that Henry Ford quotation and conveniently skip the sentence where Ford says to invest in yourself.

Because of hyperbolic discounting, where we treat future pain and pleasure as much less intense and valuable than present pain and pleasure, we put off saving now and paying now, instead running up debt so that we can have our man caves and Jimmy Choo shoes right at this very moment.

The refrain that we tell ourselves – OK, the refrain that Monkey Brain tells us – is that we’ll save more in the future, and it’ll all be the same when we get to retirement.

Does saving and investing in your 20s really matter that much?

Is the miracle of compound interest truly that miraculous?

When you’re 22 years old and thinking about retiring at age 67, 45 years seems like an eternity. You’re young. You just finished college. You are sick and tired of ramen noodles. You want to live it up a bit! I was that way.

I figured that, since I was stationed in Germany, I’d never have a chance to live there again, so I needed to do and see all I could while I was there, because I only had one chance.

It was fallacious thinking, the topic for another article, but it was the justification I gave myself. Once I settled down and got married – which I figured would happen when I was about 30, off by only 2 years – I could be responsible and save up.

If you’re in your 20s, this is probably a somewhat similar refrain. The names and places may have changed, but you’re young, and there’s plenty of time, right?

Let’s see what the numbers say.

To examine how much saving in your 20s does or doesn’t count, we’ll evaluate a typical college graduate. This graduate is 22 years old. He’ll earn the average starting salary for a college grad, $44,259. He’s a good guy, and does what he’s supposed to, and he saves 15% of his annual income.

Each year, he gets a pay raise equal to inflation, and his expenses rise annually at the same rate. He works through age 66 and starts drawing Social Security at age 67. He receives $2,000 in today’s dollars at age 67 from Social Security.

Does he arrive at age 97 with money still in the bank?

To answer this question, I used a simulation called Monte Carlo. This simulation creates 10,000 different futures, randomly determining stock market and Treasuries returns and inflation based on the historical ranges of all three of those variables. After 10,000 simulations, we draw some conclusions.

First, the important one: will he eat cat food?

He also had a median net worth of $9.6 million.

That’s a lot of money, right?

Surely, saving a little in his 20s didn’t count that much towards $9.6 million.

Can’t make much of a difference, right?

So, let’s assume that our 22 year old decides not to save until age 30. What happens, then?

Furthermore, while we tell ourselves we’ll save once we reach age 30, the reality is that we won’t. We’ll get on the hedonic treadmill, and once you’re on the hedonic treadmill, it’s extremely difficult to get off. You’re used to the lifestyle you’ve made for yourself. You start anticipating raises and how you’re going to spend that money. To suddenly stop that lifestyle expansion is difficult, and then to kneecap it by 15% because you’re going to start being responsible and saving money?

That’s why most of us never do it until it’s too late. 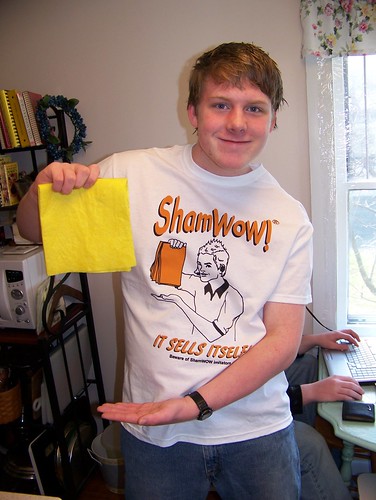 There are ways to make amends for bad behavior in your 20s, which we explore in the next article.

Does this article make you realize that you need to save more? Not sure where to start? Let’s talk about it in the comments below!

2 replies on “Do You Need to Save Money in Your Twenties?”

But you wrote this article, like, ten years too late! I am unfortunately the guy who really started around 30. Oh well, best thing to do now is try to make up for lost ground (fruitless as that is likely to be) and to avoid the dire Monte Carlo breakdown of what happens if you start at 42 instead of 32.

My guess is the kid who started at 22 and then STOPPED investing at 30 might beat out the opposite scenario.

There’s hope yet. I had a pretty hefty negative six digit net worth (not including the decimal) at age 30 and achieved financial independence before age 40. As I hinted, the next article will address the “ten years too late” problem. Don’t you love cliffhangers?

To answer your other question, the success rate of the save from 22 – 30 person was 77.8%, which isn’t too far off of the continue to save scenario. The median net worth was $7.76 million, again, not terribly far off from the other scenario. The median balance at retirement was only $1.24 million (because of the impact of the negative balance scenarios); a more meaningful number is the median balance in the success scenarios: $11.8 million.

If you think about it, the numbers there tell you just how legacy wealth across generations is created.